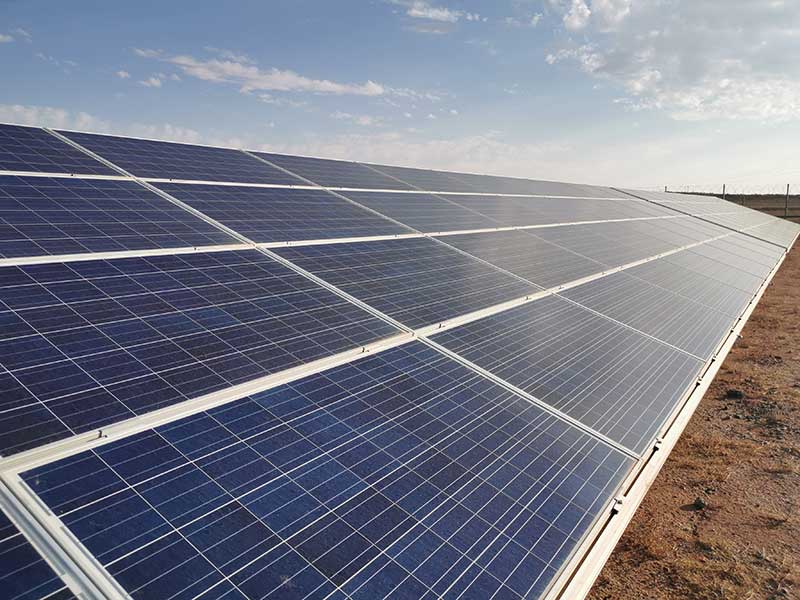 LONDON – 29 May, 2019: Globeleq has completed the acquisition in South Africa of four renewable generation plants and the asset management company from an affiliate of Brookfield Asset Management.
The addition of these entities strongly complements Globeleq’s existing renewable power business in South Africa where the company already owns, operates and manages 238MW of solar and wind projects. The solar assets acquired include Aries (11MW); Konkoonsies (11 MW) and Soutpan (31 MW) and the Klipheuwel wind farm (27 MW).  Acquisition of interests in the Boshof (66 MW) solar plant is expected to close in the coming weeks.  The projects originally reached commercial operations in 2014 and have a 20-year power purchase agreement with Eskom.
Paul Hanrahan, Globeleq’s CEO commented: “The addition of these renewable plants further establishes Globeleq’s position as a power sector leader in Africa by expanding our renewable energy footprint across the continent.  This acquisition will deliver significant value for all stakeholders, including the local community.”
The transaction will unlock additional equity investments into these assets and will foster skills development and knowledge transfer within the local industry. The transaction has strong synergy with Globeleq’s existing assets and offers an opportunity for further operational improvements and as well as delivering improvements to the existing social and economic development programmes.
Standard Bank acted as the sole mandated underwriter and arranger of the acquisition debt facility.  Rentia van Tonder, Head: Power, CIB Standard Bank (South Africa) added: “The transaction is another step in growing a leading, sustainable African energy provider supported by a leading African bank.  Through our partnership with Globeleq, we are enabling growth on the continent, providing accessible and sustainable energy sources to the people of South Africa.”
About Globeleq
Globeleq is a leading developer, owner and operator of electricity generation in Africa. Since 2002, its experienced team of professionals have built a diverse portfolio of independent power plants, generating nearly 1,400 MW in 12 locations across 5 countries, with a further 2,000 MW of power projects in development. www.globeleq.com
Enquiries:  Michael Ozersky, Managing Director, Project Finance and M&A; michael.ozersky@globeleq.com