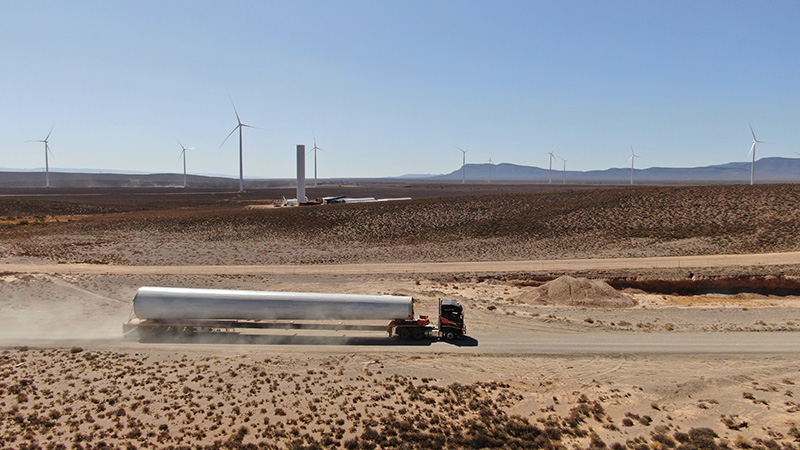 Two of the country’s largest wind farms currently under construction, have announced the successful completion of the transportation of all their turbine components.  The final loads arrived at Perdekraal East Wind Farm’s site on 21st February, with Kangnas Wind Farm receiving their final load just five days later.  This marked the conclusion of over 1 000 abnormal loads that have traversed the country from the West Coast of Cape Town. 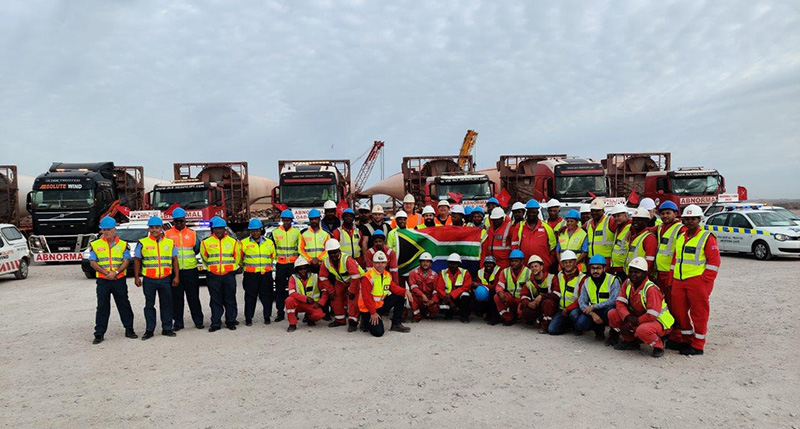 “This massive logistical undertaking saw 1 090 loads travel to site covering over 1 million kilometres and moved an astounding 55,000 tonnes of wind turbine components,” said Christo Loots, Construction Programme Manager for both Kangnas Wind Farm and Perdekraal East Wind Farm.
140MW Kangnas Wind Farm, began its transportation in May 2019, with blades, nacelles and other components travelling from the Port of Saldanha to site, just outside of Springbok. Whilst the 110MW Perdekraal East Wind Farm commenced with its transportation programme, North East of Ceres, the following month.
These wind farms are two of the country’s mega Bid Window 4 projects and are scheduled to start generating power into the grid later this year. The plants will generate enough clean, renewable power to collectively power more than 265 000 homes.
“We expect to reach commercial operations for both plants before the of the year playing our part in the country’s transition towards a renewable future, which facilitates multiple opportunities for growth and development, within areas and communities that for decades have lacked infrastructure, investment and sustainable employment opportunities,” added Loots.
These renewable power plants will also help the country reduce its greenhouse carbon emissions, eliminating approximately 1.55 million tonnes of carbon emissions each year when compared to traditional fossil fuel power plants. In addition to zero carbon emissions and reduced use of fossil fuels, the country will benefit from almost zero water consumption that is required during the generation process. 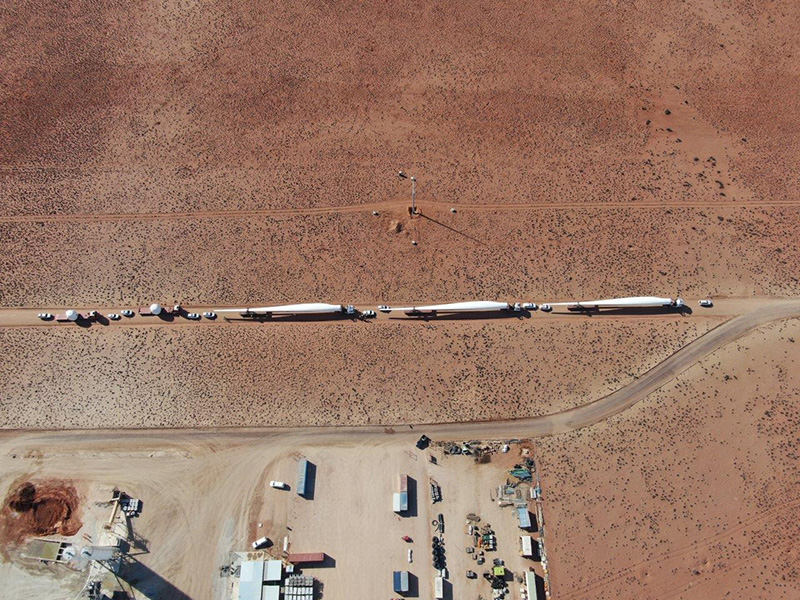