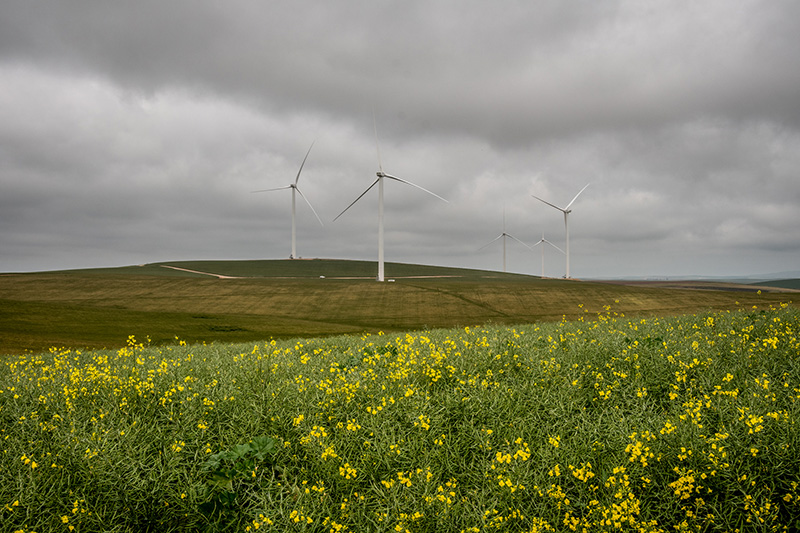 7 January 2021, Swellendam
Pan-African renewable power producer company, BioTherm Energy, backed by leading emerging market investor Actis, has announced the official operations of its Excelsior Wind Energy Facility at the end of 2020. This marks the completion of its third Independent Power Producer (IPP) in South Africa in 2020 as part of the fourth round of the Government’s Renewable Energy Independent Power Producer Procurement Programme, boasting a combined generating capacity of 165MW of the country’s renewable energy production.
The 33MW Excelsior Wind Energy Facility, in the Western Cape, successfully achieved its commercial operations on 23 December 2020, adding to the already achieved commercial operation of the 132MW combined capacity of the solar plants Aggeneys and Konkoonsies II earlier in the year,
“We ended 2020 on a high note, having led three IPP’s to commercial operations, whilst having connected our fourth project to the grid expecting commercial operation in the first quarter of this year, which will add another 120MW to our generating capacity in South Africa,” said Robert Skjodt, CEO of BioTherm Energy.
The company’s portfolio of pan-African projects includes what will be Kenya’s second largest wind farm, the 100MW Kipeto Wind energy project undergoing commissioning southwest of Nairobi.
Thebe Investment Corporation (TIC), has a 37.5% stake in BioTherm Energy’s four South African energy projects. “Thebe is delighted to be contributing to South Africa’s clean energy power portfolio as the country transitions away from thermal technologies to deliver affordable energy to our people, whilst also contributing to climate change imperatives,” commented Sunil Ramkillawan, CEO of Thebe Energy and Resources.
Excelsior Wind has a direct connection to the Vryheid substation, via an on-site substation and a dedicated 132 kV power line, and will feed over 132GWh of renewable power, into the national grid, enough to power an estimated 35 000 South African homes each year.
The wind farm is constructed on 2300 hectares of land in Swellendam, an area known as one of the largest agricultural producing areas in the country. By the very nature of wind power, over 90% of the land on the site will continue to yield agricultural crops as well as sustain livestock farming.
Construction commenced two years ago and provided jobs to circa 380 workers, the majority of which came from its surrounding beneficiary communities within the Overberg Municipality. These are the same communities that will benefit from economic development programmes, through the 20-year operations period of the plant.
The focus of the economic development initiatives will include education; skills development; and environmental stewardship, in addition to others.  During the construction programme a number of early spend programmes were implemented, focused on the provision of secondary school study guides across various subjects for Grades 8 to 12.  This is in addition to the various COVID-19 relief programmes, aimed at alleviating the impact of the pandemic on local communities.
Fact File:
Financial close reached:                                     July 2018
Construction commenced/ground breaking:       July 2018
Commercial Operations Date:                            December 2020

BOILERPLATE:
BioTherm Energy, has been operating in South Africa since 2003 and is positioned as a leading Pan-African renewable power developer with expertise in project development, financial, construction management and operations. The company is owned by Actis, the world’s leading emerging markets investor, following an acquisition in 2019.
Excelsior Wind Energy Facility is owned by BioTherm (60%), Thebe Investment Corporation (37.5%) and a Local Community Trust (2.5%).