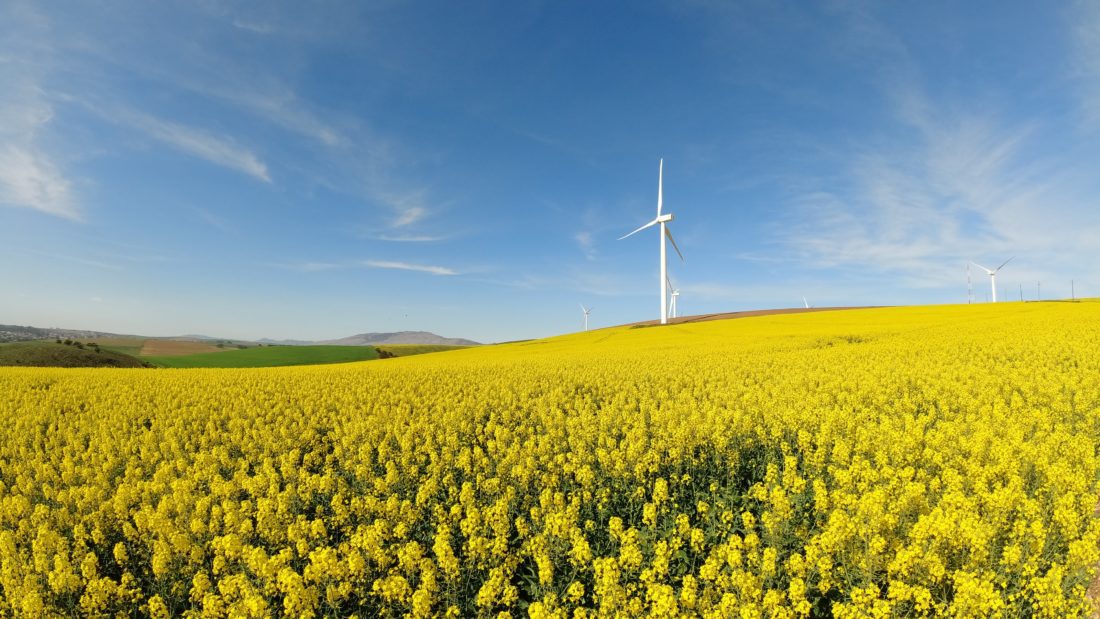 Besides generating much-needed clean and affordable electricity, wind energy has the power to unlock economic growth in Africa, give a new impulse to the continent’s under-performing manufacturing sector. This and developing an energy storage industry can develop and transform economies and create millions of direct and indirect jobs.

Despite progress, energy security remains a challenge in the continent. According to the African Development Bank (AfDB), over 640 million people in the region still don’t have access to clean, affordable, and reliable energy. This corresponds to an average electrification rate of 43%. All of this is a key deterrent to sustained economic growth, a healthy investment climate, job creation and the provision of public services.
Wind energy can be a massive game-changer, as recently reported by sector experts. The Southern African Development Community (SADC) alone has the potential to build 18 GW of wind by 2030, the Global Wind Energy Council (GWEC) estimates. This is a third of the region’s current power pool.
Besides generating much-needed energy, this scenario poses other economic opportunities, for instance, in terms of the local manufacturing of towers and internal components. According to the South African Minister of Mineral Resources and Energy Gwede Mantashe, it is imperative the renewable energy sector, wind stakeholders included, increases its local content efforts. This will boost economic growth and job creation, two priorities across the African region.
“The renewable energy programme must play a significant part in the industrialisation agenda. Climate change rationale aside, wind technologies could create the green economy jobs that are needed,” he said at the 2019 Windaba conference, taking South Africa as an example.
Ntombifuthi Ntuli, CEO of the South African Wind Energy Association (SAWEA), agreed with Mantashe. The lowest hanging fruits in developing a local wind component sector are steel and concrete wind towers and tower internals, she said. “This builds onto our country’s long-standing steel fabrication and construction capabilities.”
Blades are another opportunity, said Deo Onyango of General Electric Eastern Africa. “Blades are the next area of local content. It will create many employment opportunities as it is a very labour-intensive part of the supply chain,” he said.
To strengthen the local wind energy manufacturing sector in the SADC, the focus will be mainly on onshore wind. The offshore industry makes little sense in the region’s context yet, said Mary Quaney, Finance Director of Mainstream Renewable Power. “In our view, offshore wind makes more sense when the onshore resources have been exploited and greater scale can then be achieved by moving offshore,” she explained.
More Than Energy Generation: Wind Power To Transform Africa’s Economy
Javier Pascual, Managing Director at Nordex Energy, concurred. Offshore wind in the SADC region would need a supply chain first. Offshore wind has shown growth in Europe, together with a significant drop in prices. One of the reasons relates to the way the supply chain has been developed, including the set-up of local factories of components in ports near offshore wind farms. This is important because of the massive size of the components and it prevents the extra costs of double handling,” he says.
SADC’s wind energy manufacturing potential goes beyond producing towers, components and blades. There is a massive opportunity in developing an energy storage industry, too. An added benefit is that it will, directly and indirectly, boost other key sectors such as mining, a key economic driver across Africa.
“With our abundant platinum and other mineral resources including rare earth elements, we must invest in research and development programmes based on hydrogen fuel cells, and battery storage, amongst others,” Mantashe said.
Wind SADC, the new regional wind association for the Southern African region that was launched during the 2019 Windaba, will play a role in this. This joint effort by the Africa-EU Energy Partnership (AEEP), Global Wind Energy Council (GWEC), SAWEA and the SADC Centre for Renewable Energy and Energy Efficiency (SACREEE) aims to help countries boost their wind energy industries, among other things by helping them to foster a stable economy that is conducive for wind stakeholders, including manufacturers, to operate.
This is important, said Ntuli. “Manufacturing is an extremely risk‐averse business. Large investments in plants, equipment, and workforce make it difficult and expensive to adjust to changing circumstances,” she said. “Policy and market certainty and long-term visibility of procurement plans are crucial for those making investment decisions, including manufacturing decisions.”
SOURCE: http://alive2green.com