WIND POWER AND RENEWABLES ECO-SYSTEM IS READY FOR GROWTH 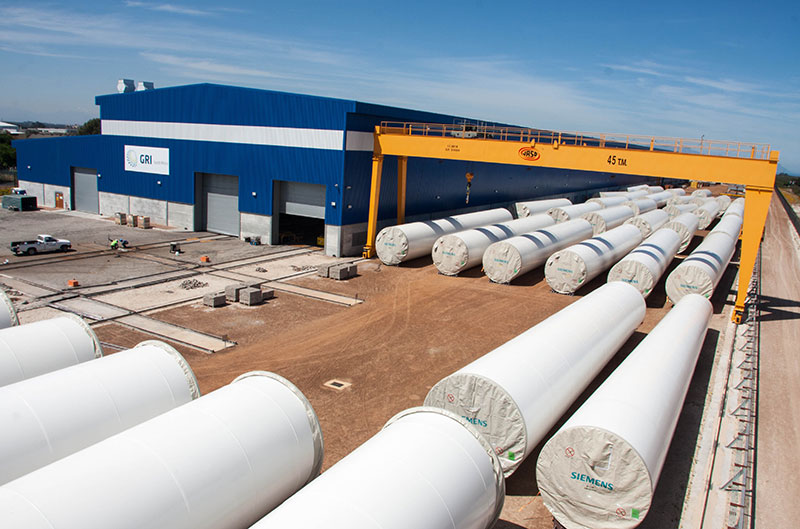 WIND POWER AND RENEWABLES ECO-SYSTEM IS READY FOR GROWTH

South Africa’s manufacturing and construction industries in particular, stand to benefit immediately from the conclusion of Renewable Energy Industry Power Producer Procurement Programmes (REI4Ps) recently signed Power Purchase Agreements.
It follows that the recovery and growth of the domestic manufacturing industry is critical, given its potential to increase investment, create jobs and drive down the price of renewable technology and a prime example of this is the proposed Green Technology Special Economic Zone, in Atlantis, on the Western Cape’s West Coast.
“The creation of a Green Technology Special Economic Zone (SEZ) was a deliberate attempt to create manufacturing, broadly in the green economy, and with specific opportunities in renewables,” says Mike Mulcahy, Chief Executive of GreenCape.
Renewables have a proven track record globally of job creation – 8.1 million jobs by 2015, with the promise of much more. In South Africa, the Independent Power Producers’ Implementation Agreements (IAs) were designed from the outset to turbo-charge both job creation and manufacturing capacity, with some “fairly ambitious localisation targets to generate a vibrant industry, creating both manufacturing capacity and jobs,” adds Mulcahy.
The first round of REI4P attracted ten times the interest expected; by the second round, the localisation benefits really began to show. Each major manufacturing initiative seeded an entire ecosystem around it, which included small and medium-sized enterprises making ancillary components, as well as training facilities to grow the necessary skills – one such is SARETEC, the South African Renewable Energy Technology Centre housed in the Cape Peninsula University of Technology.
By 2015, the overall industry was employing some 28,000 people, according to the Atlantis SEZ Project Officer, Thabo Thulare. In Atlantis alone, over 220 jobs were created by an international company investing in manufacturing wind towers.
“Recent uncertainty about the future of the REI4P has stalled the momentum on the growth of the SA RE Industry. However, given the new dawn of possibility for achieving SA energy security through a diverse power mix, we are ready to contribute to our full capacity as soon as possible” says Brenda Martin, CEO of South African Wind Energy Association (SAWEA).
Renewables, and the wind power industry in particular, has a demonstrated alignment with President Cyril Ramaphosa’s national agenda of economic growth, particularly in the cases of job-creating manufacturing, construction and rural development.
Some skills may have been lost to other countries, some may be “idling outside the economy”, some ground-up skills training may once more be needed, but, says Thulare, “our technical institutions have the ability to provide this training”, and private companies add extra training capacity.
With targeted support and well-thought-out, consistently implemented procurement policies, the wind power and related renewables eco-system is ready to go for growth.
“The Wind energy industry is commitment to working with government, civil society and labour to ensure that REI4P continues to positively contribute to job creation, advancing the transformation agenda and attracting new foreign direct investment, much of which will be in the manufacturing sector,” concluded Brenda Martin, CEO of SAWEA.