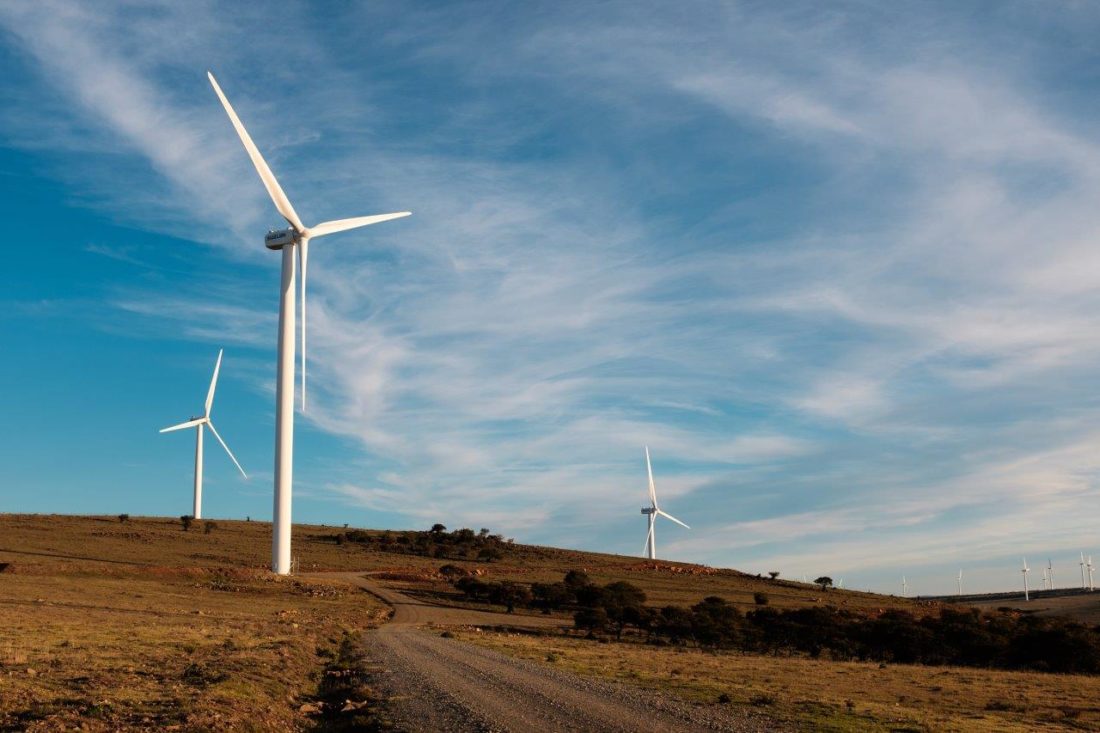 As South Africa’s energy sector transitions from high dependency on coal for electricity production to clean energy sources such as wind and solar PV, there are several growth opportunities that can be realised in the economy.  Over the next 10 years the country will see massive decommissioning of old coal fired power plants as they reach the end of their life. This opens up a capacity gap of more than 12 GW that will need to be replaced by 2030 in order to meet the country’s energy demand.
The recently released 2019 Integrated Resource Plan (IRP) has committed to developing 14.4 GW of new wind power capacity by the end of 2030, which constitutes 18% of the generation capacity. This is over and above the 3.4 GW of wind capacity already procured through the first four rounds of the Renewable Energy Independent Power Producers Procurement Programme (REI4P).
“This resource plan has set a positive tone for the growth of the wind energy sector following an extended slump due to the 3-year delay in the signing of Power Purchase Agreements for Bid Window 4 projects,” explained Ntombifuthi Ntuli, CEO of the South Africa Wind Energy Association (SAWEA).
The 14.4 GW of new generation capacity from wind energy will have positive spin offs for the South African economy as this capacity is expected to attract more than R300 billion in investments, create jobs across the industry value chain and deliver cheap electricity. These investments will flow into a number of sectors including construction, manufacturing, transportation and warehousing as well as finance and professional services.
The wind sector growth in South Africa is driven by excellent wind resources, a growing demand for clean and affordable energy, and government’s commitment to the role of renewables in decarbonising the power sector. By harnessing the power of wind, South Africa has achieved much more than improving its energy security situation. “Other benefits of renewable energy deployment include development of local value chains supported by an existing excellent industrial base in South Africa, as well as an opportunity for the development of new skills. The new skills can be exported to the rest of the region to establish new projects in other wind energy hotspots.” Ntuli added.
The consistent market of 1.6 GW per annum, as allocated in the 2019 IRP, is projected to give the local manufacturing industry a major boost as it opens an opportunity to localise more components including wind turbine blades. Currently only the steel towers, concrete towers and tower internals are manufactured in South Africa.
During the industry’s three-year impasse on signing of PPAs and the delayed publication of the 2019 IRP, local manufacturers were heavily impacted. While one local wind tower manufacturer managed to keep operating, by exporting wind towers, the other one was unfortunately forced to shut its doors.  The existing plant is already producing 150 steel wind towers a year with the ability to produce more. This is equal to the towers required to produce 450 MW to 750 MW of the allocated capacity. In order to meet the local content requirements for this magnitude of annual procurement, it will be necessary to establish an additional wind tower facility.
Furthermore, the market certainty provided by the 2019 IRP can make the local manufacturing of blades and assembling of nacelles a big possibility for South Africa. The success of a localisation programme for future procurement rounds hinges on a consistent pipeline of projects and requires that we don’t return to the stop-start procurement style that we have seen in the past.
The latest Independent Power Producer Office (IPPO) Quarterly Report for Q1 2019 indicated that 51% of the total project value has been procured locally, exceeding the 45% commitment from Independent Power Producers (IPPs). Sandra Coetzee, Head of the South African IPPO, recently commented that the IPPO is committed to helping the South African government and all private sector stakeholders achieve local content and other targets. “We will continue to introduce refinements to the REI4P and we will continue to engage with the government and other stakeholders to even out any potential hurdles and remove any blockages.”
Despite past challenges facing the renewable energy sector, including issues related to bringing the last round of the REI4P to a financial close, Coetzee is optimistic about the future. “The prominent role of renewables in the IRP, wind included, is a key driver. It means there is predictability in the pipeline,” she said.
South Africa’s Minister of Mineral Resources and Energy Gwede Mantashe, during the 2019 Windaba, stated “The IRP underscores South Africa’s continued commitment to invest in renewable energy. A share of the new electricity generation capacity will come from renewables, including wind, thus, providing an opportunity for investment.”