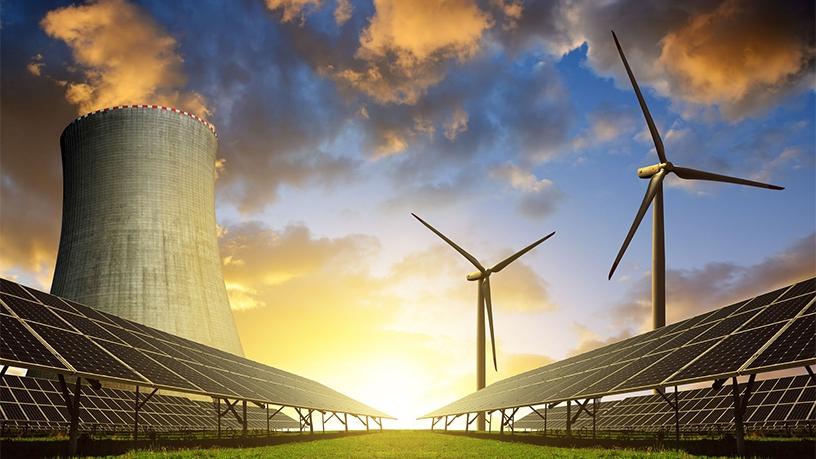 The signing of 27 outstanding renewable energy projects will not happen today as anticipated.
This after trade union National Union of Metalworkers of SA (Numsa) and civic group Transform RSA were granted an urgent court interdict at the North Gauteng High Court.
In what came as a relief to the renewable energy industry last week, energy minister Jeff Radebe announced the long-awaited 27 renewable energy independent power producer (IPP) projects will finally be signed on Tuesday.
The projects are valued at about R58 billion and it is anticipated they will create more than 13 000 jobs and add 2 305MW to SA’s energy mix.
Delay after delay has seen the signing of the power purchase agreements pushed back by several years.
In the ruling, the court says: “The respondents will have circumvented the process which is currently pending before court; and the applicants will have no choice but to institute applications to review and set aside the awarding of the contracts.
“Further, while such review applications are possible, they will undoubtedly have serious implications and quite probably result in harm to a number of persons, including potentially the affected employees, contractors and public at large which will be difficult to quantify and redress.”
In a statement, Numsa says: “The National Union of Metalworkers of South Africa (Numsa) together with Transform RSA, have obtained an urgent court interdict at the North Gauteng High Court to prevent Eskom from concluding the outstanding renewable energy independent power producer (IPP) products, including the power purchase agreements. Numsa and Transform RSA launched a late night High Court bid yesterday to urgently interdict Eskom from signing the 27 IPP contracts on Tuesday, 13 March.
The trade union says the court found the application meets the standard for urgency and therefore granted the applicants the interdict. Furthermore, the energy minister was forced to give an undertaking in court that he would not sign the IPP agreements on Tuesday until the matter has been given the fully hearing by the High Court, it adds.
“This is a victory for Numsa. We joined this application with Transform RSA in order to protect the livelihoods of thousands of workers and their families,” says Irvin Jim, Numsa general secretary.
Numsa says it believes the signing of these contracts would be detrimental for the working class of Mpumalanga and the country as a whole.
“The signing of the IPP means Eskom will require less coal-fired electricity. This is likely to lead to the closure of the coal-fired power plants and the impact will be that at least 30 000 working class families will suffer because of job losses,” says Jim.
“The IPP roll out will raise the cost of electricity dramatically, because IPPs cost much more than coal-fired electricity. The ANC government clearly wants to make the working class and the poor suffer even more than they do now. Electricity prices will skyrocket because of the IPP roll out; while at the same time that VAT and the fuel price are going up, workers are being paid slave wages of R20 per hour and less. The combination of all these factors will have dire consequences for the working class and the poor.”
Nonetheless, this is despite a recent report by the CSIR stating renewables are way cheaper than fossil fuels.
In a study about the cost of new power generators in SA, the CSIR argues renewables such as solar PV and wind are a “mass manufacturing play”. The more one does it, the cheaper it gets. Extracting fossil fuels from underground is a “resource play”. The more one does it, the more expensive it gets.
Because of these underlying fundamentals, the recently reached tipping point of solar PV and wind being significantly cheaper than coal will be impossible to reverse ever again, says the CSIR.
Responding to the interdict, renewable energy industry body, the South African Wind Energy Association (SAWEA) says today was meant to mark the reawakening of South Africa’s Renewable Energy Power Producer Procurement Programme (REIPPPP), first initiated in 2011.
“The delayed investment of over R58 billion, the creation of over 13 000 construction jobs and a further 2 000 operations jobs was meant to be unlocked today,” says Brenda Martin, CEO of SAWEA.
“Instead, the coal lobby has sought an urgent interdict to delay the conclusion of power purchase agreements, citing already-debunked arguments relating to job losses, coal power station closures and rising electricity prices.
“Let’s be reminded that REIPPPP was born out of government’s policy-embedded vision for an expansion of South Africa’s energy mix to include independent power with an associated range of clear developmental imperatives.”
According to Martin, these include a goal-directed transition away from coal-fired power, the creation of new jobs in this transition, a direct contribution to SA’s carbon emissions reduction targets, and investment growth that would strengthen the South African economy.
She points out that as has been demonstrated through three competitive bidding rounds, the renewable energy industry is in a strong position to contribute to the South African economy through job creation, advancing the transformation agenda, improving rural livelihoods and attracting foreign direct investment.
“The facts are clear: renewables already cost over 50% less than new coal-fired power, government policy has for years included the closure of coal-fired power stations, the associated job losses are being planned for through numerous processes currently under way – most notably processes being undertaken by the national planning commission, electricity price increases are directly related to the extended delays and rising costs associated with Eskom’s coal build programme.
“South Africa’s renewable programme can contribute directly to the benefits associated with the necessary energy transition in South Africa and must be allowed to continue,” says Martin.
SOURCE: https://www.itweb.co.za/content/wbrpO7gPkQ6MDLZn