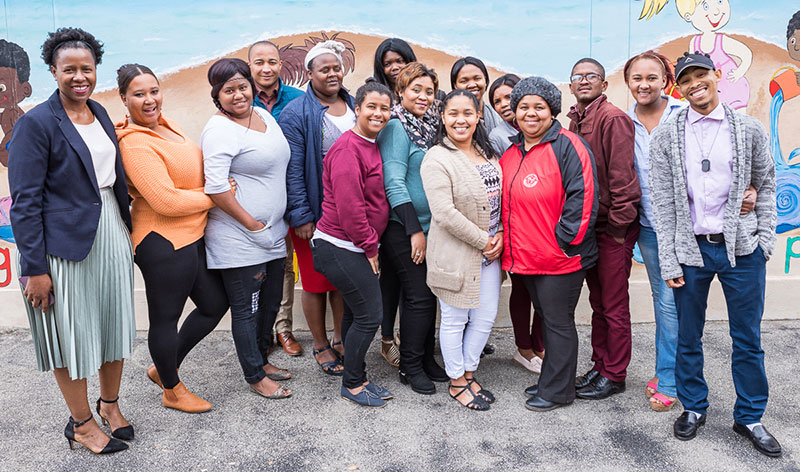 Mathematics underperformance is a concern in South Africa, as reported by the current Minister of Education Naledi Pandor, who released evidence that only 35% of children in South Africa could read, write and count.
In an attempt to help improve numeracy understanding at foundation phase and to create a critical awareness of how mathematics relationships are used in social, environmental, cultural and economic relations,  Jeffreys Bay Wind Farm’s Foundation Phase programme is funding the training of maths coaches and school maths clubs.
“There has been a growing recognition of the importance of the early years for the acquisition of mathematics skills in our schools, a strong foundation is needed if children are to be successful in learning mathematics at higher grades,” explained  Hlengiwe Radebe, Economic Development Director for Jeffreys Bay Wind Farm.
The programme will be phased in, with twelve schools across Hankey, Patensie, Sea Vista and Jeffreys Bay being invited to participate in the first phase of the project, commencing with Grade 4 in the first year.  This will extend to Grade 5 in the second year and Grade 6 the year after, at which stage it is expected that evidence can be collected as to the impact on learners.
“We know that that learners acquire learning deficits in their early years of schooling which snowball into larger deficits in higher grades and as these gaps grow, remediation becomes more and more difficult, which is why our programme will target Grade 4 first,”  added Radebe.
The ultimate aim of the maths clubs is to inspire confidence and competence to deal with any mathematical situation without being hindered by a fear of mathematics; to gain an appreciation for the subject and to foster a spirit of curiosity and an interest.
Research shows that as early as Grade 3, learners perform poorly in basic mathematic computations such as addition, subtraction, multiplication and division. This results in learners diverting to ‘Maths Literacy’ as they find it difficult to cope with pure maths.
“Learners are still bound by using concrete strategies to solve mathematical problems or dependent on rote methods without understanding, which results in an absence of flexibility and fluency with both numbers and operations,” concluded Radebe.
NOTES: