WIND INDUSTRY CAN RELEASE ADDITIONAL POWER INTO THE GRID NOW 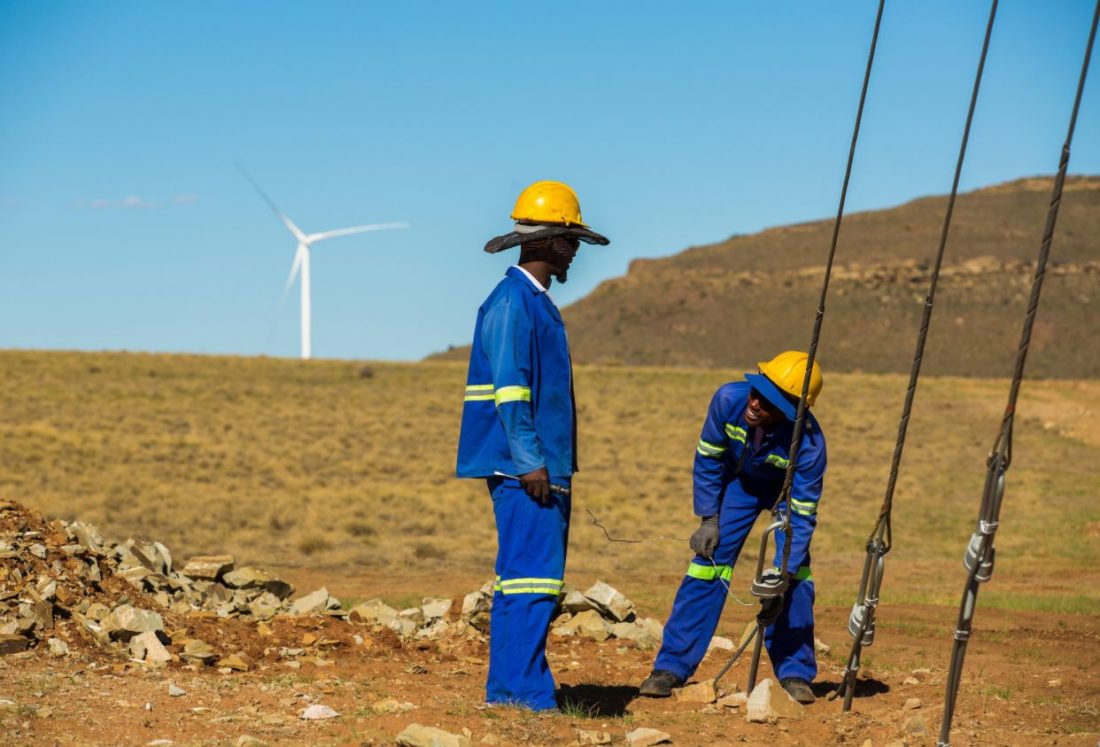 WIND INDUSTRY CAN RELEASE ADDITIONAL POWER INTO THE GRID NOW

As the country’s plunged into unprecedented Stage 6 power cuts for the first time, implemented from 18:00 on Monday 11 December, the South African Wind Energy Association (SAWEA) calls for immediate release of available wind power into the national grid.
The industry is proposing the lifting of Maximum Export Capacity (MEC) on all operating wind farms, which governs how much energy is permitted to be exported by wind farm power generators. Currently wind farms can only export the pre-agreed maximum capacity into the grid and forced to curtail any additional capacity. If the restrictions were lifted, government could buy that additional energy at a tariff it was prepared to pay. In any case, this is surplus energy that can be bought at marginal cost, as low as R0.40c per KWh.
“The operational wind energy plants have excess capacity of about 500MW available immediately. These can also be short term contracts that can be signed in this interim capacity constraint period and it doesn’t have to be viewed as long term commitments,” explained Ntombifuthi Ntuli, CEO of SAWEA.
In addition to permitting additional wind power into the grid, SAWEA suggests that the government allow the industry to fast-track wind farms that are currently under construction, meaning that they can provide power that is being produced to Eskom, before their agreed commercial operations date. This ‘early generation‘ electricity can be sold to Eskom at a rate approximately 40% cheaper than the agreed tariff, ensuring that the much-needed electricity is fed into the grid much earlier than anticipated and achieve short term savings for government/Eskom.
SAWEA views load shedding is a clear symptom of Eskom fleet’s reduced electricity availability factor, which indicates an urgent need to procure new generation capacity in order to bring the available factor to healthy levels again. However, this may not be fast enough to close the short-term capacity challenge highlighted by the Minister of Mineral Resources and Energy recently, which is why the industry is posing short term solutions while the industry waits for the green light to start constructing new wind farms.
The third option is to open the market for private Power Purchase Agreements (PPAs). The wind sector can provide energy at a rate 25% lower than Eskom mega-flex tariffs to intensive energy users. The wind industry can supply electricity through signing private PPAs, which should address a lot of the short-term capacity challenges and ultimately avoid load shedding, but this would need to be clearly spelt out in the ministerial determination for new generation capacity.
The national grid faces severe challenges and South Africans begin another week in the dark, we need to begin looking at the implications and cost on the economy and jobs.
“Our current state of power shortage is threatening multiple sectors and especially small businesses that employ over half of the country’s labour force.  SMME’s struggle to recover from extended periods of load shedding, especially stage 4, which allows for up to 4 000 MW of the national load to be shed,” added Ntuli.
The utility is failing to meet a peak demand of 27 000 MW, as demonstrated by the recent implementation of Stage 4 load shedding. This means that around 40% of Eskom’s generating capacity was unavailable at the start of the week.
Load shedding costs the country over R2bn each day, posing a huge cost burden to the economy, commonly known as the cost of unserved energy. However, the public are not aware that without the power currently being produced by wind farms, this cost would in fact be far higher.
Calculations by energy analyst Chris Yelland show that Stage 2 (2000 MW) of load shedding for 14 hours a day would result in unserved energy of 14 x 2000 x 1000 = 28 million kWh per day. Using a cost of unserved energy of between R15 per kWh (indicated by Eskom) to R75 per kWh (used by NERSA in a load shedding cost study) gives a cost to the economy of between R420-million and R2,1-billion per day, according to Yelland. He says that this would mean that 2000 MW of installed wind capacity operating at a capacity factor of 0,35 during the assumed 14 hours of Stage 2 load shedding per day would save the SA economy between R147-million and R735-million per day.