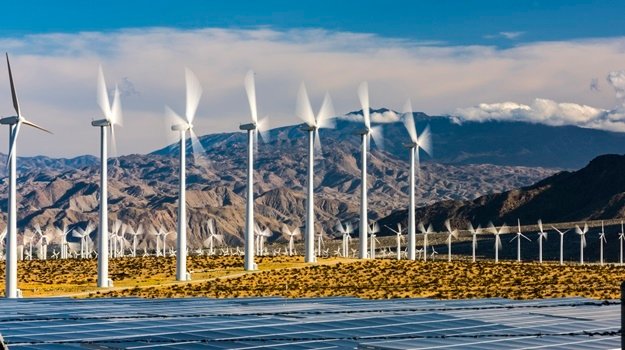 When Europe was hit by an energy crisis in the 1970s, Denmark explored the potential of wind to generate power in what would elevate the country into a global leader in renewables.

That is is the success that the local wind energy association industry is hoping to emulate as it positions itself as a significant player in the electricity supply, as the country is slowly transitioning from decades of coal-fired power generation to alternative energy.

The government’s 2019 Integrated Resource Plan (IRP) allocated 1.6 GW per annum from 2022 to 2030 to wind energy, giving the fledgling industry a shot in the arm.

The wind sector is further positioning itself to fill the capacity gap that would be left by the planned decommissioning of about 12GW of aging Eskom coal power plants by 2030.

“We will have more than 30GW of renewable energy installed capacity by 2030, which will constitute about 40% of the total power system,” said Ntombifuthi Ntuli, CEO of the South African Wind Energy Association, at the opening of Windaba conference on Monday.

Ntuli stated that wind energy already had an installed capacity of almost 2GW, with an additional 1.4 GW in final stages of construction.

Wind energy in South Africa may still be in its infancy compared to Denmark, but the South African Wind Energy Association, which represents the independent wind energy producers, is adamant that the next decade will be crucial in the development of wind energy as an alternative source of electricity and a catalyst for job creation.

Notable wind farm projects in the country are found along Eastern Cape coastal towns, including Jeffreys Bay, Kouga and Cookhouse. Other regions with wind farms are the Western Cape and Northern Cape. Speaking at the Windaba, Denmark’s Ambassador to South Africa, Tobias Elling Rehfeld, said when a perfect energy storm hit the county in 1970s, they responded by building turbines.

Right now South Africa is facing its own energy crisis, which has made rolling power cuts a common feature, as the as the state-owned power generator battles capacity constraints which have in recent years contrinuted to stagnant growth and a weak investor confidence.

“Today more than 50% of our electricity production in Denmark comes from wind and solar energy and we enjoy a strong 99.96 percent stable energy supply,” he said, adding that the proportion would resonate with in South Africa, given its energy challenges.

Denmark has grown to be a world leader in wind energy, and the Danish parliament has set itself a target of reducing greenhouse gas emissions by 70% by 2030 and to be carbon neutral by 2050.