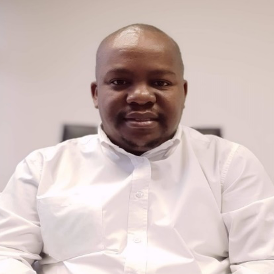 In 2008, he started his career at Central Energy Fund where he was a trainee Clean Development Mechanism (CDM) Specialist, he later became a CDM Developer at Central Energy Fund. In 2012, he was appointed as a Carbon Manager in the private sector, thereafter, he became a Tariff Analyst at the National Energy Regulator of South Africa (Nersa). After this, he was appointed as a Deputy Director responsible for Sustainable Energy in the Eastern Cape Provincial Government. He was part of the team that led and represented the Eastern Cape government in all national renewable energy initiatives. He was responsible for unlocking opportunities for local manufacturing of renewable energy components and SMMEs support in the renewable energy sector. In 2017, he joined the Council for Scientific and Industrial Research (CSIR) where he was employed as a senior researcher in the energy industry domain, responsible for the South African renewable energy manufacturing capabilities research in the broader energy value chain. This entailed analysing the various socio-economic impacts in the energy transition and identifying opportunities for innovative industrialisation, technology development and modelling just energy transition diversification pathways. Recently, he has joined the CSIR Holistic Climate Change Impact Area, where is responsible for supporting climate change finance as well as the mitigation and adaptation measures for a just transition in South Africa.