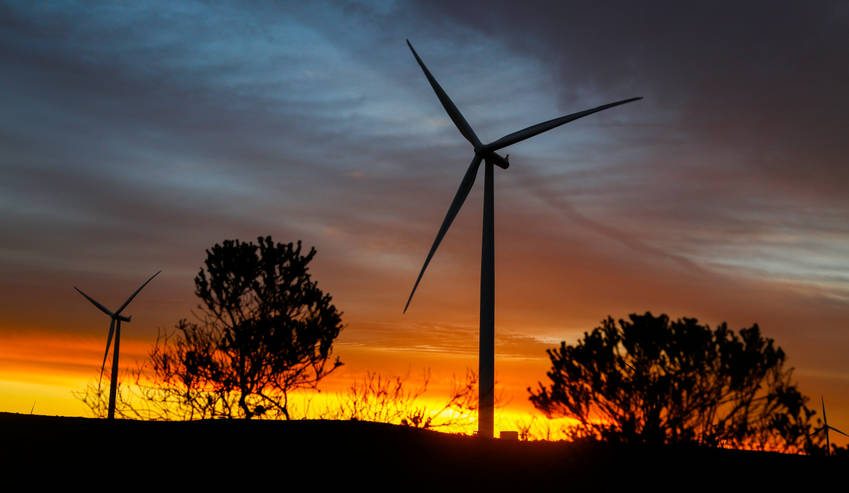 South Africa’s renewable energy programme has the potential to become the country’s single biggest infrastructure project, bringing in R25bn a year in direct foreign investment, delegates heard at the Windaba wind energy conference in Cape Town. But there are obstacles to this being realised. One is the debilitating ‘stop-start’ nature of the government’s renewable energy programme.

At a recent conference in Cape Town, there was agreement that if the “stop-start” nature of the government’s renewable energy programme does not change, the industry will not fly and thousands of jobs and millions in foreign investment will not be realised.

A few years down the line the programme ground to a halt, and for two years in 2016 and 2017 nothing happened.

The hiatus was the result of politics at a time when the massive nuclear expansion programme was being pushed by former president Jacob Zuma.

Steve Sawyer, senior policy adviser for the Global Wind Energy Council, said in an interview at Windaba: “With all the faffing about with the Guptas and Zuma, the renewable programme came to a screeching halt.”

But the two-year hiatus had harmed the industry.

Some of the smaller companies had closed up shop, and a local renewable energy supply chain industry was unable to get off the ground.

Now, just after the renewable energy programme seems to be back on track, another hiatus is looming on the horizon — this time a gap of four years.

It comes in the form of the government’s draft Integrated Resource Plan (IRP), which lays out the country’s future electricity mix until 2030.

While the draft IRP makes provision for more wind energy to come online during this time, it does not do so in an incremental, year-on-year manner. Instead there is a gap from 2021 to 2024 when the government will not procure any wind energy.

Then in 2025, there is suddenly a massive peak in the government’s wind energy procurement.

As economist Dr Grové Steyn said at Windaba, the world of investment doesn’t work like that.

The four-year gap has to be ironed out.

Sawyer says the big, multi-nationals may be able to survive this gap, but the small companies will “dry up and blow away”.

“And it will completely kill off all development of a South African supply chain. It will wipe it out. If the government wants to kill it, they are going about it in the right way.”

Tebogo Movundlela, chair of the board of the SA Wind Energy Association, said for the renewable energy market to be viable, it needed certainty of procurement.

Movundlela said with the four-year gap in the draft IRP, it made no sense for anyone to invest in a local manufacturing plant.

“Because who are you going to sell it [the product] to?”

While these were some of the problems in the industry, delegates at the Windaba conference nevertheless saw huge potential for renewables in South Africa.

The global price of renewables had fallen enormously, with an 85% drop in solar PV and 50% drop in wind energy in the last five years. The draft IRP acknowledged that renewables were the “least-cost” electricity option and would help keep the electricity price down.

The sector was also attractive as a job creator. According to the International Renewable Energy Agency, renewable energy creates more jobs per dollar invested and kilowatts produced than coal-fired power stations.

Renewables use 200 times less water than coal — another attraction in this water-stressed country.

The sector has almost no carbon emissions, so would help with our international climate change commitments to cut greenhouse gas emissions.

Steyn believes the rapidly dropping global prices of renewables, coupled with the dire financial woes of Eskom, presents a huge opportunity for renewables.

“Eskom urgently needs new generating capacity… it will most likely be met by gas and renewables.”

Steyn also believes if the renewable energy programme is run properly, with policy and regulatory certainty and without further “stop-start” disruptions, the industry could become the single largest infrastructure investment opportunity for South Africa.

“It could probably also become the greatest source of foreign direct investment, worth about R25bn a year.”

The renewable industry employs 10-million people worldwide, and global investment in the industry had risen from just above R40-billion in 2007 to about R335-billion in 2017.

Several Windaba delegates advocated bringing forward the decommissioning of some of Eskom’s old coal plants, which are expensive to run, and replacing them with renewable energy. This would save money, create jobs and cut carbon emissions.

An underlying theme of Windaba was that the transition from fossil fuels should be managed to ensure the least number of job losses in the fossil fuel sector. The call was for a “just energy transition”.

This is an international theme and globally there have been moves to try to minimise job losses, particularly in the coal sector.

Sandra Lozo of the International Renewable Energy Agency told delegates the agency believed it was in the renewable industry’s interests to ensure a “just transition”.

“If people’s concerns are not taken into account, the transition will be impeded or slowed down.” Lozo cited examples where governments had made the transition easier. In Montana in the US the government had made $5m available to retrain coal workers.

In Alberta in Canada the government had set aside $40bn to help retrain coal miners. In Spain, where 10 uneconomic coal mines are soon to close, the government and unions have forged an agreement whereby €250-million would be invested in mining regions over the next 10 years. Some of this would be for early retirement packages, some for retraining of younger miners.

In South Africa the renewable industry — although it makes up only 3.8% of the country’s electricity generation — has already come under fire from trade unions and the coal sector because of potential job losses in coal mining and in Eskom.

The local renewable industry is acutely aware of the potential conflict and the need for a managed transition with retraining of those in the coal sector a focal point.

Anton Eberhard, energy policy expert from UCT’s Graduate School of Business, said the energy transition was being contested globally, which was understandable as it would have a profound impact on some people’s lives and livelihoods.

“So the call for a ‘just transition’ is not just a slogan. It is something that needs to be managed.”

What did not emerge from the Windaba conference was who would take responsibility for the managed transition, or even who would initiate the process.

The initiative may have to come from the renewable energy sector itself, but without buy-in from the government, it is unlikely to succeed. DM