Shaping lives along the way to achieving a Teaching Diploma 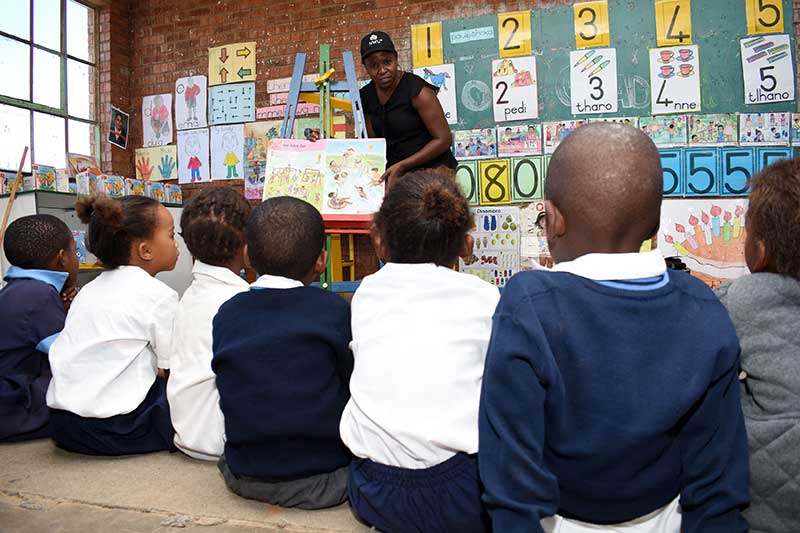 Shaping lives along the way to achieving a Teaching Diploma

Kelebongile Banda, Grade R teacher at Stillwater Combined School, graduated with a Teaching Diploma from North West University in 2018, with the support and funding from Droogfontein Solar Power, in partnership with the Department of Education.
“Becoming an ECD practitioner has impacted my life in so many ways. In 1997 I started working with children at a crèche and realised how much I could teach them and help them in their different areas of development, they remind me of a diamond that needs to be polished and that is how my dream to study further was formed,” said Kelebongile Banda.
Kelebongile started attending training workshops to learn more and when the opening to apply for a Bursary with Droogfontein Solar Power and the Department of Education was presented, she grabbed the opportunity and began studying towards a Diploma in Grade R Teaching.
“I really wanted to study further but I just didn’t know how it would be possible as I would never have been able to afford it; being the recipient of a bursary answered my prayers,” she added.
Her journey began in the early 1990’s and although it took Kelebongile almost 25 years to achieve her dream of gaining a teaching Diploma, she has been shaping young lives along the way, having witnessed some of her earlier pupils becoming teachers themselves.
She now feels better equipped to identify and help children who struggle with their school work or with any emotional difficulties. Her pride shines through when speaking about how her learners progress and blossom under her care and watchful eye.
The importance of Early Childhood Development is well recognised and acknowledged in South Africa, with studies highlighting the impact on improved quality of teaching. President Cyril Ramaphosa followed in Nelson Mandela’s footsteps, when last year he announced that he would donate half his annual salary to a fund that prioritizes ECD.
“ECD is the foundation of a child’s education; to have a strong house, you need a solid foundation, I believe this is true for education as well,” concluded Kelebongile. 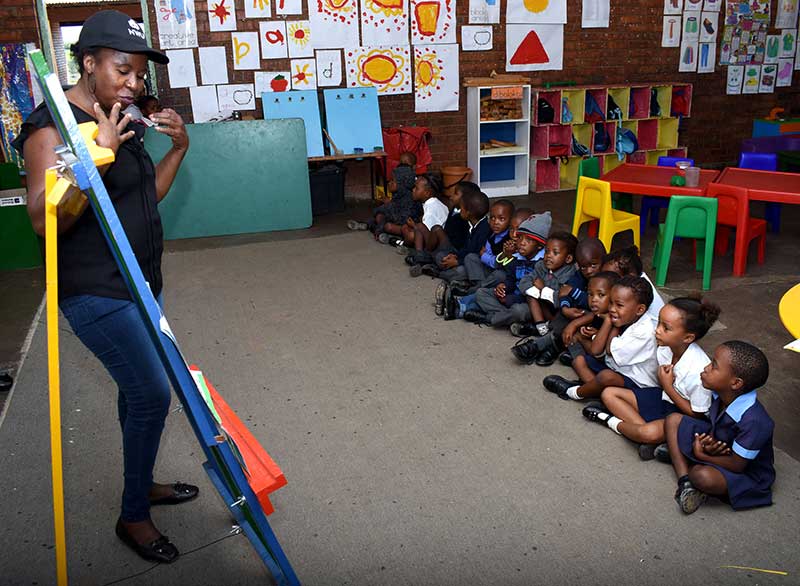 BOILER PLATE
Droogfontein Solar Power benefits the communities in the vicinity of the solar farm in multiple ways, including enterprise and socio-economic development that promotes access to the economy for local people, procurement and employment opportunities that plough financial resources into the local area as well as the establishment of a local community trust. Droogfontein Solar Power spends a percentage of revenues on these programmes.
Droogfontein Solar Power (RF) (Pty) Ltd is majority owned by Globeleq, the emerging markets power company; and its consortium partners.  Shareholders include Globeleq, Thebe Investment Corporation, the Droogfontein Community Property Association, The Letsatsi Borutho Trust, Enzani Molene Holdings and Usizo Engineering.  The project company is managed by Globeleq.