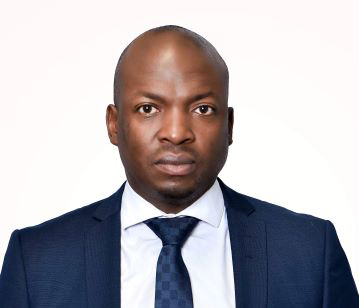 The opportunity for South Africa to couple its renewable energy economic stimulus to non-electricity prospects, presents the possibility for a new power export market, which can be laid now. The economic and energy benefits of ‘green’ hydrogen,  is one of the many prospects discussed during the recent South African Wind Energy Association’s (SAWEA) webinar, which focused the Role of Wind Power in South Africa’s Economic Recovery, post-COVID-19.

Green Hydrogen can be produced from wind energy and is a clean-burning fuel that can be used for long-term energy storage and to help decarbonise transport, heating and industrial processes such as steel and cement making or it can even be combined with captured CO2 to produce carbon-neutral aviation fuel. Energy agencies around the world are looking to developments in green hydrogen and wind power to boost clean energy supply.
“The South African wind industry can play a catalytic role in building the energy capacity needed to fuel a hydrogen economy through our readily abundant wind resources.  This will not only create jobs and skills through localisation, but there will be jobs created through the new hydrogen economy, producing much-needed export revenue. The use of hydrogen in manufacturing and production processes will ensure that South African products remain desirable from an Environment, Social and Government (ESG) perspective,” explains Mr. Marubini Raphulu, CEO of Hulisani, who participated in the webinar as a panellist.
Sector experts believe that the case for hydrogen is strong and demand is likely to grow exponentially in a world increasingly seeking green energy and lower carbon emissions. Currently, the price of green hydrogen (where renewable energy is used in  the electrolysis process in order to produce hydrogen) is more than the cost of grey hydrogen. However, with advances in technology, falling renewable energy technology costs, increased efficiencies, and the benefit of scale through more user uptake, the price will likely become competitive in the medium term.
“The production of carbon-free electro-fuels such as hydrogen from renewable electricity can play a significant role in the context of decarbonisation of the energy sector, beyond electricity.  Additionally, the production of hydrogen offers significant flexibility for a power system, as well as seasonal storage of renewable electricity by blending hydrogen into natural gas grids,” explained Ntombifuthi Ntuli, CEO of SAWEA.
For this massive potential to be unlocked, a new way of thinking will be needed.  Instead of building plants with the sole purpose of meeting the electricity generation requirements as outlined in the current Integrated Resource Plan (IRP), renewable energy plants would need to be built to produce marketable by-products such as hydrogen for industry or storage, as well energy plants for desalination, agriculture and to feed data centres.
“I believe that the SA economy could benefit from a hydrogen economy and that it can be a catalyst to creating new industries with new jobs. This will require that we view things outside of the typical silo paradigm and recognise that cost-effective and abundant power availability allows us to grow our manufacturing capability. Moreover, cost-effective power is a pre-requisite to attract investment and could be a differentiator in sub-Saharan Africa – something in addition to having sufficient power to meet demand,” added Raphulu.
Generated power does not all need to be fed into the grid, instead the additional energy can be diverted into creating or storing hydrogen for other uses by industry. The idea is to create a hydrogen economy and an export product, in the same vein as the way that the South African government’s Operation Phakisa looks to create an oceans economy by beneficiating a resource – in their case, the ocean. It aims to grow the Ocean Economy’s contribution to the country’s GDP to R129-177 billion by 2033. This could be bolstered by integrating hydrogen production into Operation Phakisa and contributing to the National Development Plan through the implementation of a hydrogen strategy.
Hydrogen is extensively used in manufacturing and production processes. It is used as a re-agent in many industrial sectors, including chemicals, textile fibre manufacturing, glass, electronics and metallurgy. Hydrogen can also serve as a fuel or produce energy. When combined with a fuel cell, it creates clean energy by producing electricity directly on board electric vehicles or in remote power applications.
Due to its density, hydrogen is an effective medium for energy storage and distribution. It is ideal where renewable capacity is deployed as an integrator, harnessing excess power generation, balancing intermittent supply and demand, and ultimately helping support a clean, efficient and sustainable energy system.
Hydrogen is also ideal for desulfurising processes, for example, in steel and refining industries that require hydrogen to desulfurise fuels and break up heavy hydrocarbons. With increasingly stringent emission legislation and the use of heavier hydrocarbons, the demand for hydrogen is set to increase.
Hydrogen is also used in the production of clean electricity especially for use in remote applications. The hydrogen fuel cell makes use of platinum as a catalyst to covert hydrogen into electricity. South Africa has abundant platinum resources and this presents an opportunity for South Africa to produce value added fuel cell products locally instead of exporting raw platinum.
With increased awareness of climate change, locally made products need to produce less carbon during the production process.  ESG and global standard reporting will subject South African products to scrutiny to determine how clean they are. This will prompt industry to find ways to reduce carbon and sulphur and increasingly use renewable energy to produce goods. In this way hydrogen can play a key role in finding markets willing to accept South African products as well as including opportunities for the country’s steel industries, smelting, mining, cleaner fuels and chemicals production.
“Our industry is keen to explore new opportunities and ways in which we can drive local jobs and investment to play a key role in South Africa’s economic recovery and future growth, and it is possible that sector coupling could be the game changer that can unlock this growth,” concluded Ntuli.