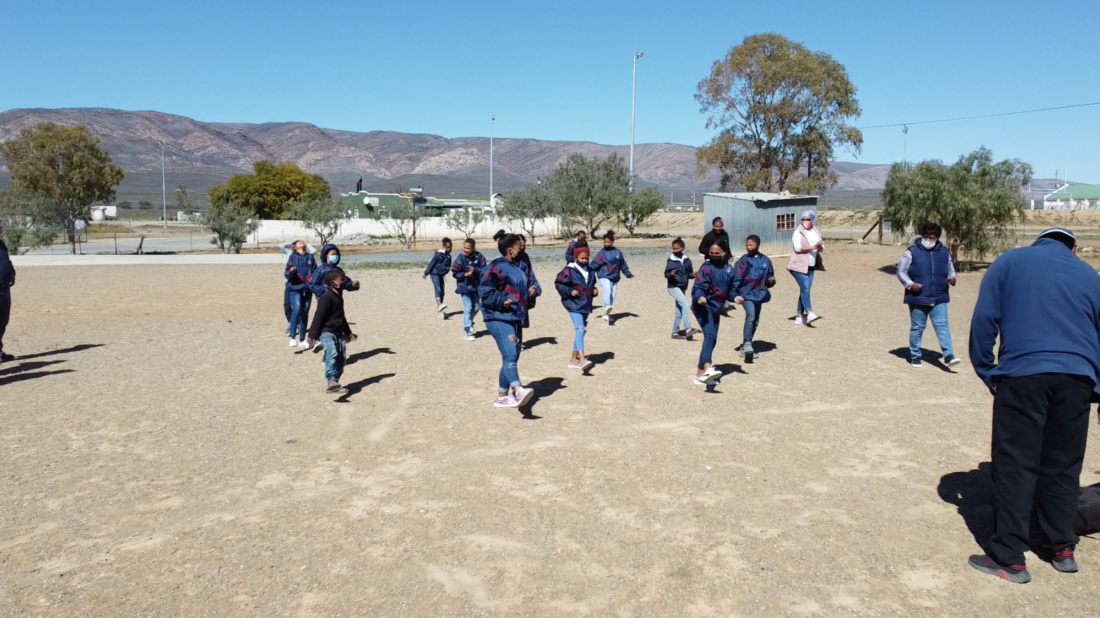 SAWEA CEO Ms Ntombifuthi Ntuli was invited to participate in a selection and award to a winning picture / drawing from the work of the learners from Maaitjiesfontein School in the Western Cape, some 3 hours away from Cape Town near Roggeveld, Soetwater and Karusa winds farms. This event was successfully held on the 30th September 2020 and 1st  October 2020 at Maaitjiesfontein School, Ms Ntuli was represented by Mr Lindo Sibiya SAWEA Programmes Manager.

Due to COVID 19 pandemic not all the children participated in this competition, however the competition was still very much stiff, with the learners producing some of the incredible images of wind energy. The brief to the learners was to draw a representation and a reflection of their understanding of wind energy. This project was initiated, funded and organised by VER-BOLT (PTY) LTD led by Mr Gerald Nienaber Technical Sales, as part of their social responsibility initiatives. VER-BOLT also runs this initiative across the country where they have projects in areas such Nxuba, Golden Valley, Copperton, Garob, Prieska and Bedford.
The event at Maaitjiesfontein School was further supported by the respective OEMS such as VESTAS and ACCIONA as well as SAWEA who all participated in the selection and award to the winners. VER-BOLT (PTY)LTD is a component supplier to the many wind energy projects including Roggeveld and Karusa wind farms. The Maaitjiesfontein School has 67 children and each of the children received various gifts / parcels and a large Lego set including the winners. The Maaitjiesfontein School was also presented with a number of school’s necessities such as stationeries and other learning aides. The members of the judging panels offered the leaners some insights on various aspects of wind energy and also provided encouragement and advice on the career choices in the wind energy and its opportunities.
The winner’s drawings which were neatly framed were given to the partners such as SAWEA, Vestas and Acciona as a way to profile the learners work and all partners promised the learners that these painting will be placed at partners various offices for maximum exposure. SAWEA offices in Johannesburg has displayed four of these pictures on the walls.


The winners also received their presents and gifts together with the rest of the learners from the school.


At the end of the event the learners challenged the visitors to the school to a Jerusalema challenge which they won by far. 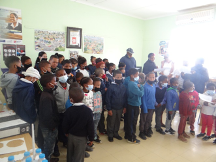 Learners getting ready to receive their gifts and parcels.

As SAWEA, we would like to thank VER-BOLT (PTY)LTD for arranging and facilitating such a noble initiative. We also like to thank OEMS that participated in such an initiative such as VESTAS and ACCIONA. This competition resonate with SAWEA as we always encourage the industry members to have meaningful participation of the host communities nearby wind energy facilities. This initiative is not only educational but it also expose the learners to the future opportunities and influence their career choices to become future wind energy practitioners specifically and renewable energy practitioners in general. This initiative is also aligned to SAWEA EnergyDRIVE programme which is also targeted to learners nearby the wind farms in South Africa to entice them on wind energy and other renewables. The next EnergyDRIVE event will take place in September 2021 and visit schools in three provinces (Eastern, Western and Northern Cape).