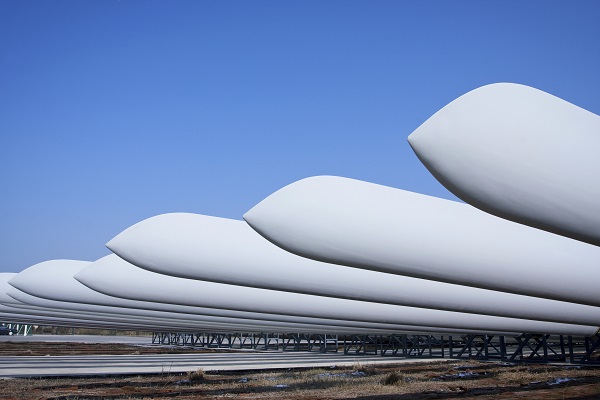 As South Africa prioritizes new power capacity to expedite economic growth, rapid expansion in the South Africa renewables sector has been accompanied by tightening rules on local content requirements.
South Africa has struggled with high unemployment rates and the government said last year the renewable energy sector could create up to 462,000 jobs, with 25,000 roles already created in the sector. The country’s renewable expansion plan has attracted 53.2 billion ($3.4 billion) rand in foreign investment and financing, including 35 billion rand of foreign equity, according to government figures.
The entrance of turbine blade manufacturers in South Africa would be a significant boost to the national wind industry and could raise the proportion of project spending on locally made content to above 50%, possibly as high as 70%, van den Berg told Wind Energy Update.
The South African Wind Energy Association (SAWEA) and various government bodies have held talks with LM Wind Power, the world’s largest manufacturer of wind turbine blades, about setting up a manufacturing center in South Africa. “There are no specific plans currently,” Lene Mi Ran Kristiansen, communications manager for LM Wind Power, said.

Share of foreign vs local investment (equity and debt)

Source: South Africa’s Department of Energy
The interest in expanding local manufacturing comes as South Africa prepares to launch the fifth bidding round of its Renewable Energy Independent Power Producer Procurement (REIPPP) program. The government is yet to announce full details of this round.
Wind power has already featured heavily in South Africa’s REIPPP due to its technology maturity and established global capacity.
Thus far South Africa has procured 3.4 GW, representing a third of the capacity planned by the national Integrated Resource Plan (IRP) 2010-30 and 53% of the total procured renewable energy portfolio.
In the fourth bidding round, in which 676 MW of wind power was contracted, the South African government specified at least 40% of project spending should go on local content, with a target of 65%.
Actual levels of local content in procured projects have gone from 27% in round 1 to 48% in round 2 then down to 47% in round 3 and 45% in round 4.

Local content details for round 5 have yet to be announced and Van den Berg said regulators might opt to keep threshold levels unchanged.
“It’s not clear what will happen,” he said. “It may be that it’s not the percentage but the method of calculation that is refined.”
One issue with the present method is that it calculates the cost of locally procured goods and services as a percentage of total project cost, he said.
Many wind developers have contracted civil engineering and balance of plant work to South African companies in order to fulfill localization requirements. Developers importing major equipment such as turbines are choosing to purchase the lowest-cost imported equipment, which will impact plant quality and efficiency, Van den Berg said.
Nevertheless, even if the local content criteria remains untouched in round 5 there is a strong possibility requirements will rise going forward as the South African government sees job creation as a cornerstone of its renewable energy policy.
One area in which local manufacturing growth has already spurted is turbine towers.
High hopes
In January 2014 the South African engineering firm DCD opened a turbine tower manufacturing facility in Port Elizabeth and in November 2014, Spain’s Gestamp Wind opened Africa’s largest wind tower factory, in Atlantis, Western Cape.
Atlantis is an underused industrial area with a long-standing high unemployment rate and the government wants to make the town a new green technology and manufacturing hub.
The construction of Gestamp’s 22 million euro (378 million rand) wind tower facility was supported by an incentive grant from South Africa’s Department of Trade and Industry. The plant has an annual manufacturing capacity of 150 towers.
Meanwhile, Spanish developer Acciona was the first to use concrete towers on a South African project when it built the 138 MW Gouda wind farm in Western Cape, commissioned in September 2015. Concrete was used rather than steel as it could be produced domestically and would have more impact on the local economy.
Expansion in tower manufacturing capacity means most projects are able to buy locally-produced wind turbine towers, although van den Berg said production is behind schedule.
“There are growing pains, but the great bulk is made in-country.”
The addition of blade manufacturing would have a significant boost to local content levels, and localization levels could rise to over 70% if the wind power industry follows the example of the automotive industry and targets higher exports, he said.
As an example, he cited Germany’s Mercedes Benz, which uses South Africa as a global manufacturing base. The firm’s manufacturing plant in East London, Eastern Cape, has produced more than a million cars in the last 57 years, mostly for overseas markets.
Exchange risk
External market pressures could impact the attractiveness for foreign firms to set up manufacturing bases in South Africa. Concerns over South Africa’s economy have prompted downgrades of the nation’s credit rating and the Rand has fallen dramatically over the last year.
Facing uncertain global growth outlooks, the government has pledged to stabilize and then improve its debt position and it must continue to build new power capacity to allow faster economic growth.
The weaker rand has had a supportive impact on South Africa’s wider export industries, but Céline Paton, an independent energy consultant in Cape Town, said that if further currency devaluations worsened South African credit ratings then the overall impact would likely be negative for the wind sector.
Higher interest rates would lead to higher cost of finance for renewable energy projects, she said.
Wind energy developers will be looking for market stability in the coming months as they prepare for the next bidding round.
By Jason Deign