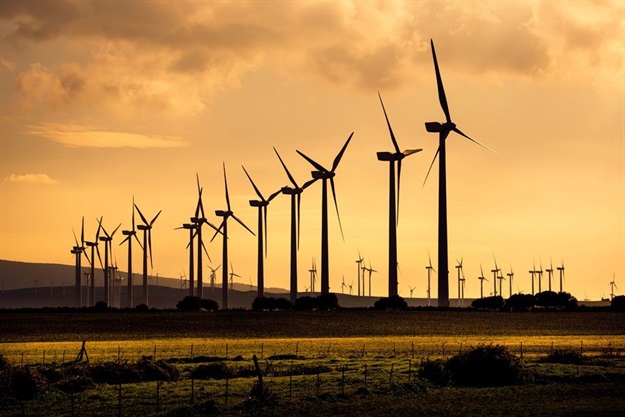 by Brenda Martin
At SAWEA’s annual wind industry conference held in mid-November 2017, the outcome of a major national research study was launched. The study concluded that South Africa has, in fact, already reached its second energy transition tipping point.
Economic theory tells us that there are two main tipping points that should drive the energy transition. The first involves the point when new renewables become cheaper than new thermal generation technologies. South Africa has already passed that tipping point. The Department of Energy has publicly stated that the November 2015 Expedited Round bids for wind and solar power were 65c/kWh i.e. significantly cheaper than new coal IPPs at around R1.00/kWh.
The second energy transition tipping point arises when new renewables are cheaper than existing thermal plants. In July 2017 Bloomberg New Energy Finance predicted that the US, China and Germany would all reach this second tipping point somewhere between 2027 and 2030.

Dr Grové Steyn presented the results of Meridian Economics’ techno-economic modelling which confirmed that South African electricity consumers would be better off if between three and five of Eskom’s oldest coal stations were shut down now, rather than at their scheduled end-of-life, and the country’s energy needs were instead met by new renewable power producers.
Until now, future-focused policy has mainly focused on the scale and pace of ‘new investment’. In fact, the scale and pace of decommissioning will increasingly become a key factor for astute future investment decision-making.
At present there is no clear policy and little in the way of governance frameworks to guide and effect the national power decommissioning decision. Since South Africa’s economy has changed from an energy-intensive minerals extraction and beneficiation base to a mainly tertiary, service economy, this reframing is critical.
Above-inflation tariff increases are in effect leading to de-industrialisation, further reduction in energy demand, and further imperatives for higher power tariffs to meet revenue shortfall.
With full recognition of this contextual framework, the SA Wind Energy Association is committed to identifying solutions that grow energy access, reduce poverty and inequality and create jobs.

World energy needs to be met by natural gas and renewables

The International Energy Agency’s 2017 report released on the eve of Windaba, forecast that compared with the past 25 years, the way that the world meets its growing energy needs is predicted to be led by natural gas, by the rapid rise of renewables and by energy efficiency.
Improvements in efficiency play a significant role in reducing the strain on security of supply: without this, the projected rise in final energy use would more than double. In addition, renewable sources of energy are anticipated to address 40% of the increase in primary demand and their likely explosive growth to eclipse the coal boom.
As the IEA puts it: “Since 2000, coal-fired power generation capacity has grown by nearly 900-gigawatts (GW), but net additions from today to 2040 are only 400GW and many of these are plants already under construction.” In the absence of large-scale carbon capture and storage, the IEA forecasts that global coal consumption will flatline by mid-century.
Renewables, as the growing least-cost source of new generation for many countries, capture two-thirds of global investment in power plants to 2040.
Rapid deployment of solar photovoltaics (PV), led by China and India, helps solar become the largest source of low-carbon capacity by 2040. Wind power, however, due to strong growth both onshore and offshore, becomes the major source of renewable power generation, providing 40% of renewable energy

Worldwide, competitive auctions – the model applied in South Africa since 2012 – prove to result in more significant tariff declines than feed-in tariffs. The IEA forecasts that while solar PV becomes the greatest leader in RE capacity growth, wind power contributes the largest share of actual generation growth at 40% of overall RE share by 2022.
SOURCE: http://www.bizcommunity.com/Article/196/355/172063.html